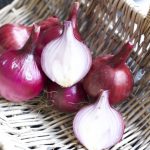 Tax evasion and money laundering represent the outside layers of the same onion, whereby the core consists of drug trafficking, robbery and extortion. The outside layers are no less serious, and can be considered to be the framework that facilitates the objectionable crimes within.

The end result, money laundering, is the process that allows the proceeds of crime to be made available for the criminals to spend. I write frequently about the cases that I deal with as a forensic accountant involving Hawala and other money transmission methods. Legitimate businesses that are set up to serve the needs of a large part of the community are targeted by the International gangs of money launderers and find themselves unwitting participants in this crime. I often criticize the authorities, all over the world, for failing to deal with the money laundering process that is carried out using this method.

The Criminal Finances Bill 2016, due to be enacted in the UK in September 2017, builds on the Bribery Act 2010, and might be a breath of fresh air whereby fraudulent activity, corruption and money laundering receive a joined up approach with the new offence of “Failure To Prevent Tax Evasion”.

It is rare for any form of financial crime not to involve tax evasion. Earning profits from crime will be kept secret and not be disclosed to the taxman! Therefore targeting tax evasion robustly will be the same as targeting money laundering and fraud, and more focus on corporate responsibility for tax evasion will make it harder to exploit companies involved in moving money around the world.

Tax evasion and its facilitation is already an offence, but the new legislation intends to make prosecution of errant companies easier. These are the businesses that might turn a blind eye to the problem and have been hard to prosecute in the past.

Now if tax evasion is facilitated, an organization will be presumed to be guilty unless it can show that it had put in place appropriate procedures to prevent tax evasion taking place.

It is unlikely that additional statute will impact the forensic accounting cases that I see. Whether it is tax evasion or money laundering, the movement of funds will require tracing and quantifying. Profits will need examining to determine legitimate sources of income to be matched against the appropriate expenditure deductions. Of course there may be more application of taxation processes to consider, such as preparing tax computations or considering HMRC’s treatment of property sales etc. It is also likely that suspicious money transfers being considered will include more occasions where money is moving outwards than coming in.

In this respect, cash transfers abroad will be coming under more scrutiny by the authorities alongside the current focus on transfers in – whereby UK criminal funds are being used to satisfy the value of inward transmissions from abroad. Therefore, transfer businesses such as Hawala sending funds for their clients abroad will need to ensure that their systems are robust enough to satisfy the corporate defence against charges of “failure to prevent tax evasion” as well as the anti money laundering framework.

As is the case with the anti-money laundering framework, the accounting control environment required by any organization must be based upon the level of risk that it faces, and therefore be proportionate to the circumstances. Any business that has already seen the need for implementing due diligence in respect of handling funds will need to ensure that its controls are also strong enough to detect or prevent tax evasion activities taking place among its customers and suppliers.

It is already the case that accounting controls are put in place according to the perceived risk of problems arising. Therefore, any organization wishing to ensure that its business remains legitimate – or has sufficient defence should an errant employee or customer attract the regulator’s attention, should add tax evasion to the list of activities that its staff, customers and suppliers could be getting up to when examining its own risk!

The guidance for practical application of the provisions within the forthcoming legislation will be prepared by independent bodies (such as the Law Society and ICAEW) on behalf of the Chancellor, and it remains to be seen how the new law will increase the regulation of companies connected to tax evasion over the application of the existing Proceeds of Crime Act 2002 provisions.

Are You Vulnerable To Fraud Loss In 2022?

Take The Offensive To Prevent The Tax Man Calling

What Is The Problem With Hawala?
Death And Taxes – But No Criminal Charges!