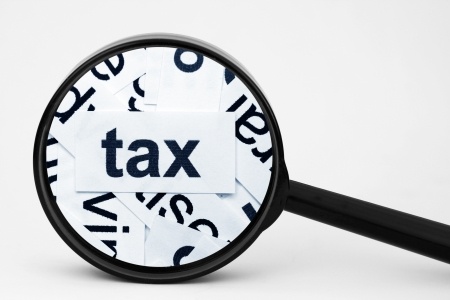 Recent years have seen the growth of legislation in many financial arenas as the authorities address the respective growth of problems such as money laundering, banking abuse and tax evasion. Regulatory interventions by HMRC, the Financial Services Authority and the Insolvency Service are common place. However, they are stressful for the individuals involved and can severely disrupt business operations. Sometimes a regulatory investigation can be triggered by as little as an erroneous complaint from a disgruntled customer.

Very often, you have been asked to explain complex financial activity that is being viewed with suspicion by the authorities. We can present your business or personal affairs clearly, explaining legitimate sources of income or the solvency of a company when dividends are taken. As independent experts, we often work for the financial regulators, and are therefore in the best position to know how to explain any irregularities to them.

We can help in cases where criminal tax evasion is alleged, as such matters often require expert accounting input to unravel the financial transactions behind any allegations of fraud and present them within any trial or hearing. In civil tax investigations we are able to do a similar job, by identifying and quantifying profits and expenditure that may have been misunderstood by HMRC.

Sometimes there is no fraud, and a taxpayer simply needs his affairs clarifying, often requiring the reconstruction of his financial records to show that his taxable income is much less than HMRC is alleging.

Very often, we are approached by companies or individuals who have, inadvertently, created problems within their tax affairs and have realised that a disclosure might be needed to HMRC. This can happen, for example, where a foreign parent has neglected to satisfy the UK regulatory framework in respect of its UK subsidiary. Recently we had to investigate and calculate a UK VAT liability of several £ millions for a large US concern that had failed to account correctly for this tax in its UK subsidiary. By providing a rational and measured assessment, supported by appropriate documentation, it was possible to avoid the excessive assumptions that are normally applied by HMRC along with associated maximum penalties that might be levied when left to the authorities to deal with the matter.

Insolvency Practitioners are tasked with recovering assets for the benefit of disadvantaged creditors in corporate collapses and bankruptcy cases. We often assist with such asset recovery in cases of suspected insolvency fraud, and are well aware of how zealous the Practitioners can be. Investigations can be incredibly stressful, especially for directors following the unfortunate collapse of their business, or a businessman whose estate is bankrupt. Proving that remuneration was properly taken, that no wrongful or fraudulent trading has taken place, can be hard especially in the aftermath of corporate collapse.

We can reconstruct your financial history allowing you to respond robustly to an Insolvency Practitioner intent on taking your remaining assets.

Many such investigations reveal normal business activities, and are dropped. When faced with such regulatory disruption a clear and concise response is required. We can collate you business records and demonstrate your sound business practices quickly and efficiently thus restricting the intervention to a minimum.

There are many other instances where Mark Jenner & Co have helped in the past when interventions involve bodies such as the Financial Services Authority, Trading Standards, Office of Fair Trading, Police Forces, Association of British Insurers and others. As a firm of independent forensic accountants, we will often work for the Regulators and are therefore best placed to provide you with robust and knowledgeable assistance if you need to explain your activities to them.